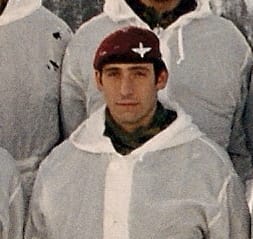 The Alexander Fairey Memorial Fund, RCN 1070408 was set up in memory of Captain Alexander Stuart Fairey.

Captain Alexander Stuart Fairey was born on 8 May 1971 in Houghton in the Test Valley, Hampshire, where he spent his childhood. Graduating from the Royal Military Academy Sandhurst in 1991, he was commissioned into the Gordon Highlanders and transferred to The Parachute Regiment, where he served until his death in a motorcycle accident on 5 November 1997.

Throughout his life, he pursued many Adventure Training activities with great enthusiasm, working as an Instructor at a centre in New Zealand, with John Ridgway at Ardmore in Scotland, and helping to run the Army Adventure Training Centre in Bavaria, Germany. Therefore the aim of this Trust, set up in his memory, is to assist young soldiers and officers from his two Regiments and young people from Hampshire, and the Test Valley in particular to pursue and benefit from the same challenging and character-building activities that he enjoyed so much.

The Alexander Fairey Memorial Fund aims to assist young soldiers and officers from the late Alexander Fairey’s two Regiments and young people from Hampshire and the Test Valley in particular to pursue challenging and character building activities. In particular, adventure training courses at recognised centres and properly conducted and organised expeditions.

To request financial support from the Fund, we need information to help us assess whether the proposed activity meets the aims and objectives of the charity. At a minimum, the following is required:

The Alexander Fairey Memorial Fund is a registered charity, RCN 1070408.

Initial contact in advance of a form application, should be made by completing the form below: