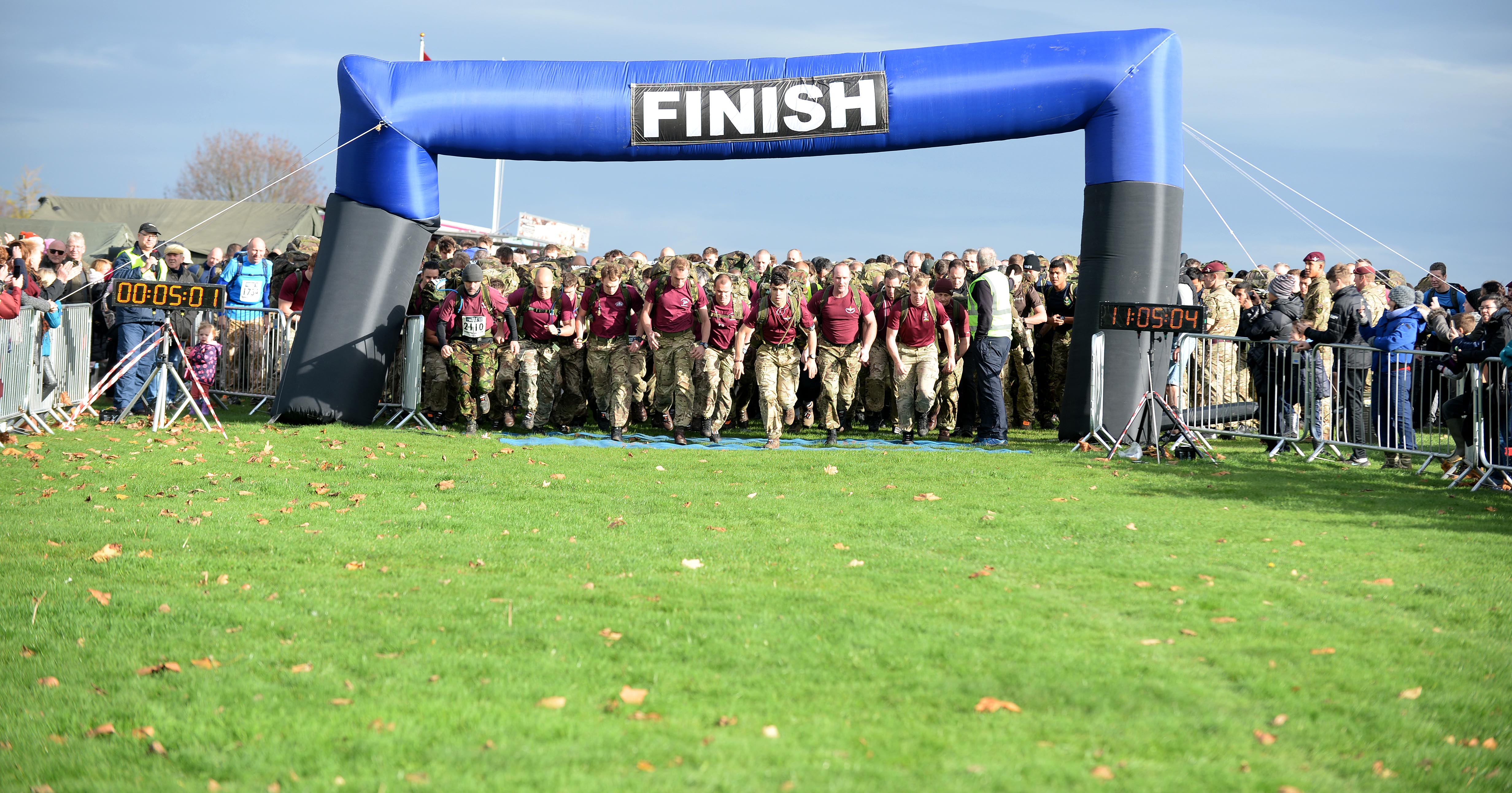 More than 900 runners and tabbers are entered for the PARAS’ 10 charity challenge in Colchester on Sunday (15 Nov).
A mix of civilians and soldiers are taking part in the 10-mile run, which can be completed as a cross-country race in trainers or as the P Company Challenge, wearing boots, trousers and carrying a 35lb rucksack – known as tabbing. With a target to finish within 1hr 50mins, the challenge replicates one of the key fitness tests for the Parachute Regiment and Airborne Forces.

The tabbers and runners will set off from Abbey Field, passing through Merville Barracks and Friday Woods over the same hills and water obstacles crossed by the town’s soldiers on training runs.

Profits from entrance fees raise money for The Parachute Regiment Charity, which supports Paras and their families who are in need, but participants are free to collect sponsorship for any charity.

The event – the fourth time it is running in Colchester – was originally scheduled for July, but rescheduled due to extremely hot and humid weather.