This summer, a team of 4 Paras will take part in the Inferno Half Marathon in Switzerland. The team are raising money for SUPPORT OUR PARAS and The Alexander Fairey Memorial Fund (AFMF). 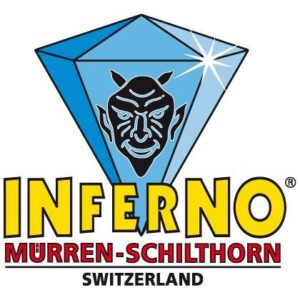 At 10.15am on 19th August 2017, the team from The Parachute Regiment will cross the start line in its attempt to complete the Inferno Half Marathon. The route is 13.1 miles long with a gain of 2,175m and must be completed in no more than 4 Hours and 15 minutes. Starting from Lauterbrunnen, 795m the course gains height as it winds its way through the Swiss Alpine villages finishing at the top of the iconic Schilthorn mountain, 2,970m. To make things that more challenging for the team, they will complete the course each carrying a bergen weighing 44lbs, a test of true airborne grit and determination; embodying the Regimental Ethos.

The AFMF was created in memory of Alexander Fairey, a Captain in the Parachute Regiment who served in both 2 and 3 PARA conducting operations in Northern Ireland and training for arctic warfare in Northern Norway. The aim of The Alexander Fairey Memorial Fund (AFMF) is to assist young soldiers and officers from both his former Regiments. The fund extends its reach to young people from Hampshire and the Test Valley in particular to pursue and benefit from the same challenging and character-building activities that Alex enjoyed so much. 2017 marks the 20th anniversary of Alex’s passing, making the event even more poignant.

The Inferno Half Marathon race embodies the adventurous, airborne spirit which both SUPORT OUR PARAS and AFMF seeks to promote. To support the Inferno team, please visit https://mydonate.bt.com/fundraisers/inferno