It was a night filled with stars at The Grange Hotel, London last Friday night as people gathered to watch celebrity boxing event ‘Boxing With The Stars’.

The event, organised by Eastenders actor Jake Wood, saw celebrities fighting each other to raise money for SUPPORT OUR PARAS. 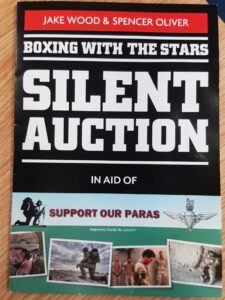 The sold-out event was well attended with celebs such as Jacqueline Jossa, Dan Osborne, Rita Simons and Bianca Gascoigne turning out to support the event.

The evening consisted of eight fights, with Heavy D, TOWIE’s Lewis Bloor, Love Island’s Nathan Massey and Gogglebox’s George Gilbey among those who stepped in to the ring.

The event was a great success and our thanks go to all involved for choosing to support the charity.